The first bison calf of the season has been born at the Commerce City wildlife refuge.

Located ten minutes from downtown Denver, RMA is home to a herd of more than two dozen bison as well as deer, raptors, songbirds, waterfowl, prairie dogs and coyotes.

The herds were originally established at Denver’s City Park by the Denver Zoo and the City of Denver. The herd was moved to Genesee Park in 1914 and expanded to Daniels Park in 1938.

In March, the City of Denver donated 33 bison to the Northern Arapaho Tribe, Cheyenne and Arapaho Tribes and Tall Bull Memorial Council to reintroduce wild bison and support conservation efforts on tribal lands.

The City and County of Denver said 15 American Bison were presented to the Northern Arapaho Tribe of Wyoming, and 17 bison were transferred to the Cheyenne and Arapaho Tribes in Oklahoma. One bison will be given to the Tall Bull Memorial Council in Colorado. 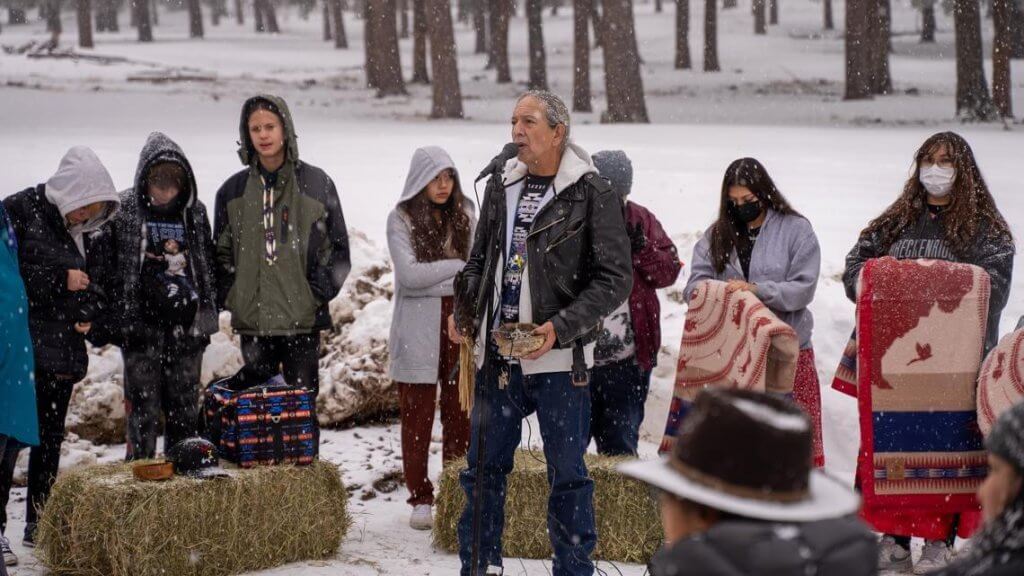 “For over a century now, Denver has been the proud caretaker of these Bison herds, and we remain committed to their conservation as an integral part of the ecosystem here in the West,” said Denver Mayor Michael Hancock.

“We’re taking that commitment to a new level, and through this effort with our tribal partners, this is an opportunity to help establish, support, and sustain Native American conservation herds across the country.”

Last year, Denver City Council approved an ordinance for the donation of American Bison from the City and County of Denver to American Indian Tribes and non-profit organizations.

The first transfer of bison took place in April 2021. Thirteen bison were transferred to the Cheyenne and Arapaho Tribes in Oklahoma and one to Tall Bull Memorial Council in Colorado.

Denver Parks and Recreation (DPR) has historically held an annual auction to keep its Genesee Park and Daniels Park bison herds at a healthy population size and promote genetic diversity within the managed bison population.

DPR said it will no longer conduct the auction but will work with its tribal partners to select tribes across the country to build and enhance conservation herds on tribal lands.

“The bison is not only a vital link to our past as Northern Arapaho, it is essential to our future as we restore this important part of our culture and heritage,” said Elma Brown, interim CEO of the Northern Arapaho Tribe. “I am honored to participate in this bison transfer and look forward to these beautiful animals joining our existing herd and returning to the home of their ancestors on the Wind River Reservation.” 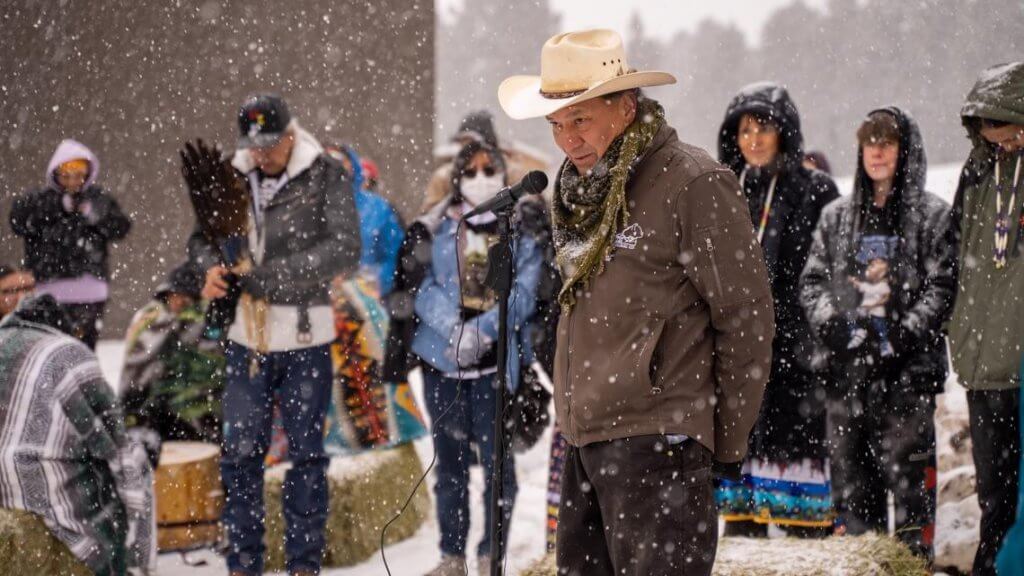 “The Cheyenne and Arapaho Tribes are pleased to continue the growth of our historical food source. The Denver Mountain Parks Bison are a shot in the arm for our tribal nations. We wish Denver Mayor Michael B. Hancock, Denver City Council and Denver Parks and Recreation staff a very gracious Hohóú/Né-á’eše (thank you),” said Cheyenne and Arapaho Tribes Governor Reggie Wassana.

The donation of surplus Denver Mountain Park bison to American Indian Tribes or American Indian Non-Profit organizations will continue through the year 2030, said DPR in consultation with its tribal partners: the Denver American Indian Commission, the Tall Bull Memorial Council and the InterTribal Buffalo Council.