(From For the Win) 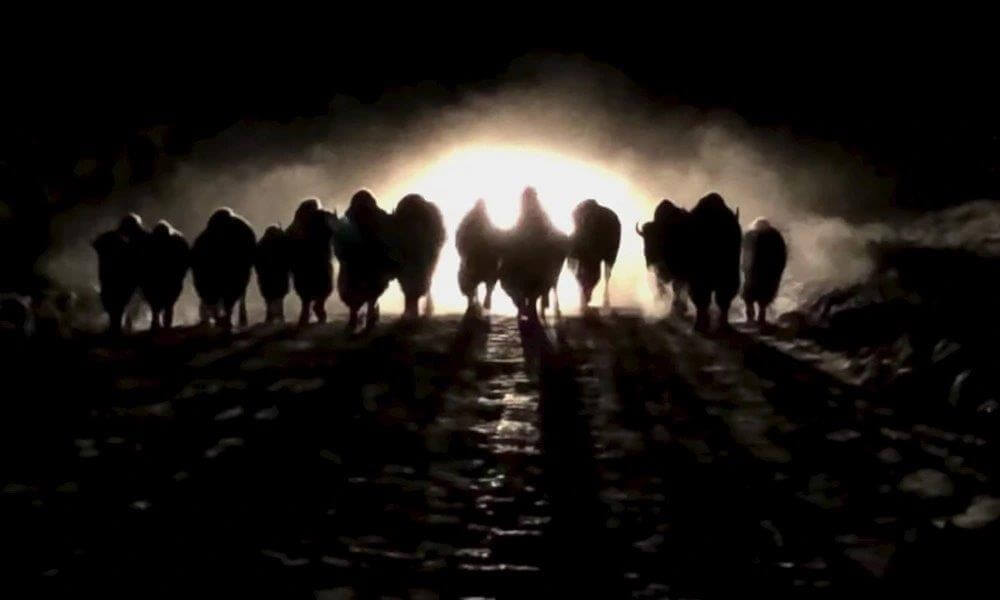 A bison herd trapped between vehicles heading in opposite directions and surrounded by dangerous icy snow along a snow-covered Alaskan road faced a no-way-out situation.

After pausing, the herd turned around and stormed toward the headlines illuminating the roadway and terrorized the driver. The result was not pretty.

Kurt Schmidt was videotaping the encounter and, though it was dark and you don’t see the destruction taking place, you definitely hear it. Make sure to turn up the volume.

See the video at https://ftw.usatoday.com/2022/02/bison-herd-demolishes-car-terrorizes-driver-they-ran-right-over-me

You can hear Schmidt say in the video, “They just trashed that truck.”

Once the herd moved on, the driver in the demolished car approached Schmidt’s vehicle.

“How do you like my car?” the driver said.

“Yeah, what happened?” Schmidt replied. “I heard that.”

“The buffalo took out my car,” the driver said.

“Where did they hit you?” Schmidt said. “They ran right up your hood?”

“They ran right over me,” the driver said. A herd of bison graze in Yellowstone National Park on March 25.

Deep snow from December storms followed by rain created an uninviting environment for bison, making it difficult for the animals to move around and forage for food. So the bison are using the roadways.

“They’re having a tough time right now, getting through that ice crust and getting to their normal forage,” Alaska Fish and Game wildlife tech Clint Cooper said.

“The bison are sticking to the road more, more so than normal, that’s for sure. They’re doing whatever they can to stay out of that snow with that crust on the top.”

A two-inch layer of ice inflicts injuries to the bison.

“It’s painful,” said Cooper. “It’ll scrape and cut up their legs when [trying to] get through that ice.”