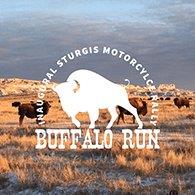 Claim your Buffalo Run T-Shirt with this official Logo.

(Sturgis, SD) – City of Sturgis to introduce the town’s first ever Running of the Buffalo down Legendary Main Street during the 81st Annual Motorcycle Rally. The inaugural “Buffalo-Run” will feature 2,000 Bison provided by Slim Buttes and Jumpoff Buffalo Ranches and will take place Monday, August 9th at 3:00 PM.

The inaugural “Running of the Buffalo” is inspired by the traditional Spanish event, “Running of the Bulls,” and will take place on the first Monday of the 81st Sturgis Motorcycle Rally at 3:00pm.  The city of Sturgis will be working through the night on Sunday, August 8th, to install protective fencing along Legendary Main Street for the safety of spectators.

According to Sturgis Mayor Mark Carstensen, “The indigenous Bison in our area are one of the many things that makes our Rally so unique. We thought adding the Sturgis Buffalo Run to our list of official events would be a great way to put a unique Black Hills spin on such an iconic tradition known around the world.”

“Our herd has already started training by running up and down Highway 85.” 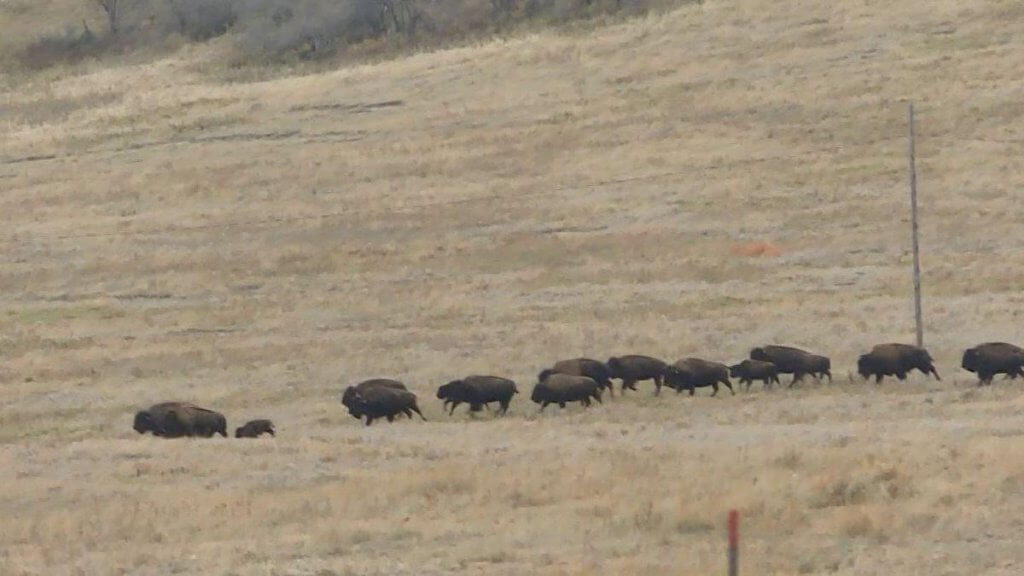 “Our herd has already started training by running up and down Highway 85.”

Best April Fools Day joke? Or was it?

The city of Sturgis received so many enthusiastic responses to their April Fools’ Day joke that they felt compelled to explain. Later the same day they published a retraction.

They didn’t really mean it. They have no subconscious wish to wipe out any portion of any unruly crowd at the Motorcycle rally this fall.

“The newly announced, ‘Running of the Buffalo’ event is nothing more than horseplay,” their afternoon News Release insisted. “and will not take place down Legendary Main Street this summer—or ever!”

A lot of people had really thought they’d like to come see the show! If there was one they’d be there!

Meanwhile a few cowboys may have offered to join their neighbors—the intrepid buffalo ranchers who supposedly would sacrifice their livestock—for a rowsing roundup and stampede down Main Street of Sturgis. (One of my family is quite sure the buffalo would win that one! “A couple dozen ralliests would be taken out!”)

Of course it couldn’t happen. Our readers know—don’t they?—that buffalo bulls in Full Panic Mode can and will charge through any fence? A stampede will certainly set them off in all directions!

That’s to say nothing of the clean-up alone–even from 2,000 well-behaved buffalo. Wheelbarrows full of more than any motorcyclist would dare to touch!

So. April Fool! Sorry. Gotcha. Or did it?