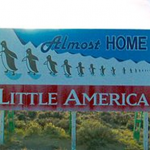 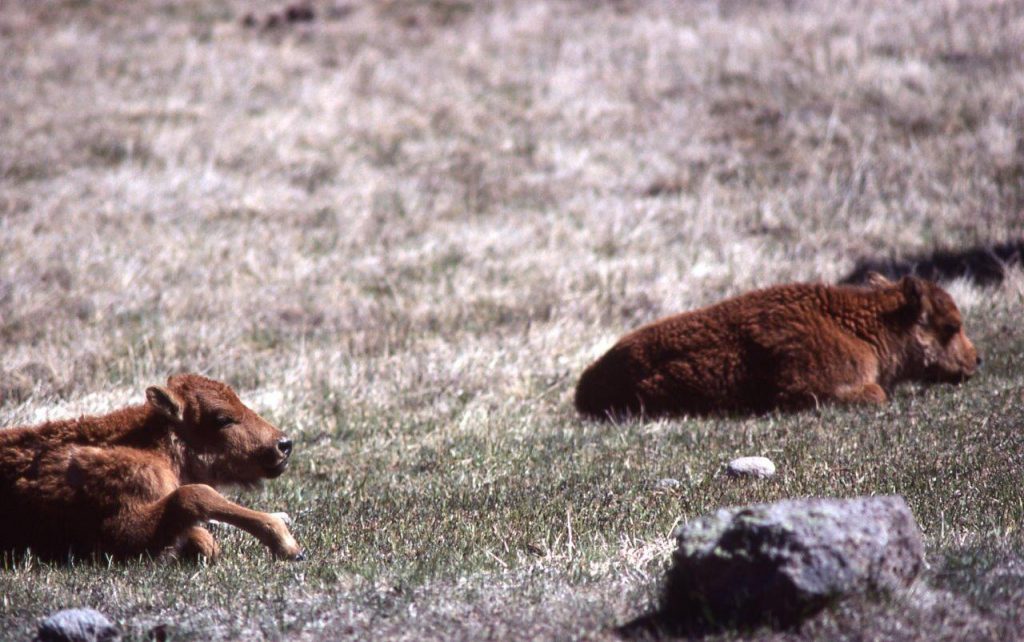 Samuel Walking Coyote of the Pend d’Oreille tribe had no intention of raising buffalo—he just wanted to hunt them. But there were no buffalo west of the Continental Divide where he lived with his Flathead wife on her reservation in western Montana.

Yet Walking Coyote yearned to go buffalo hunting with his friends the Blackfeet across the Rocky Mountains to the east where plenty of buffalo still lived.

In the fall of 1872 he rode east on an old Indian trail the long distance across the Rocky Mountains, with perhaps a friend or two, winding through what would later become Glacier National Park.

There on the open Plains of Montana they spent the winter hunting buffalo with a band of Blackfeet.

On one hunt 8 orphaned buffalo calves attached themselves to their horses and followed them into camp, eating hay with the horses.

Over that winter Walking Coyote fell in love with and married a Blackfeet woman, conveniently forgetting his Flathead wife, according to David Dary in The Buffalo Book. (Note: there are several versions of this story, but this is perhaps the best-known.)

Next spring he wanted to return to the Flathead reservation. He knew that having two wives was permitted by his tribe, but not by the Jesuit Fathers at St. Ignatius Mission. His friends convinced him that a nice gift might put him right with them.

They speculated that a gift of 8 buffalo calves would likely gain favor with the Fathers.

So Sam and his new wife set out on the long trail back across the Rocky Mountains, taking the buffalo calves, as well as leading a string of pack horses. The trail was hard and rugged, up and down steep mountains, slippery with melting snow, rushing torrents, mud slides and fallen timber often blocking their way.

To cross some hazardous spots they tied the youngest calves on pack horses. Finally, after many days and dangerous struggles they reached the Flathead Mission with 6 calves, two having died along the way.

Unfortunately, his gift was rejected. Punished and banished from the tribe, Sam and his Blackfeet wife left the Mission and moved farther up the Flathead Valley, still using the free range permitted to Native Americans on the Flathead.

There the six yearling calves thrived and grew on rich grasses and browse, even though mountains on the west side of the Continental Divide were not the natural home for Plains Buffalo.

“Every Indian in the valley, believing these to be the last ones, aided in their protection,” he wrote. “Always there was in Indian rider in their vicinity.”

By 1884, Sam Walking Coyote owned 13 fairly tame buffalo. But they were becoming a problem. Hard to control, they broke down his neighbors’ fences and destroyed crops and gardens. He finally decided to sell them for $2,000, providing he could get it in gold coin.

Charles Allard and Michel Pablo, neighboring ranchers in the valley, pooled their funds and together came up with his price—in gold. Both were also part Native American.

They purchased 26 additional buffalo from Buffalo Jones of Kansas. By 1895 their herd numbered 300. It was destined to grow enormously.

But the next year Allard died at age 43, and his half of the herd was dispersed to several buyers, some going to Yellowstone Park.

Pablo kept his 150 head, which had doubled again by 1906, when he learned the Flathead reservation was opening to homesteaders and he’d lose his free range.

He offered to sell his buffalo to the US government for $200 each to replenish the Yellowstone Park herd. President Theodore Roosevelt favored the idea, but Congress balked at the price, suggesting $15 a head was plenty.

Ultimately, these were the buffalo that Pablo sold and shipped to the Canadian government over the next six years. They were challenging years for him, rounding up the half-wild animals, getting them to the railhead and loading them onto fortified railway cars. But he was paid the handsome sum of $200 each plus freight costs, even for newborn calves. By then they had multiplied to 716 head.