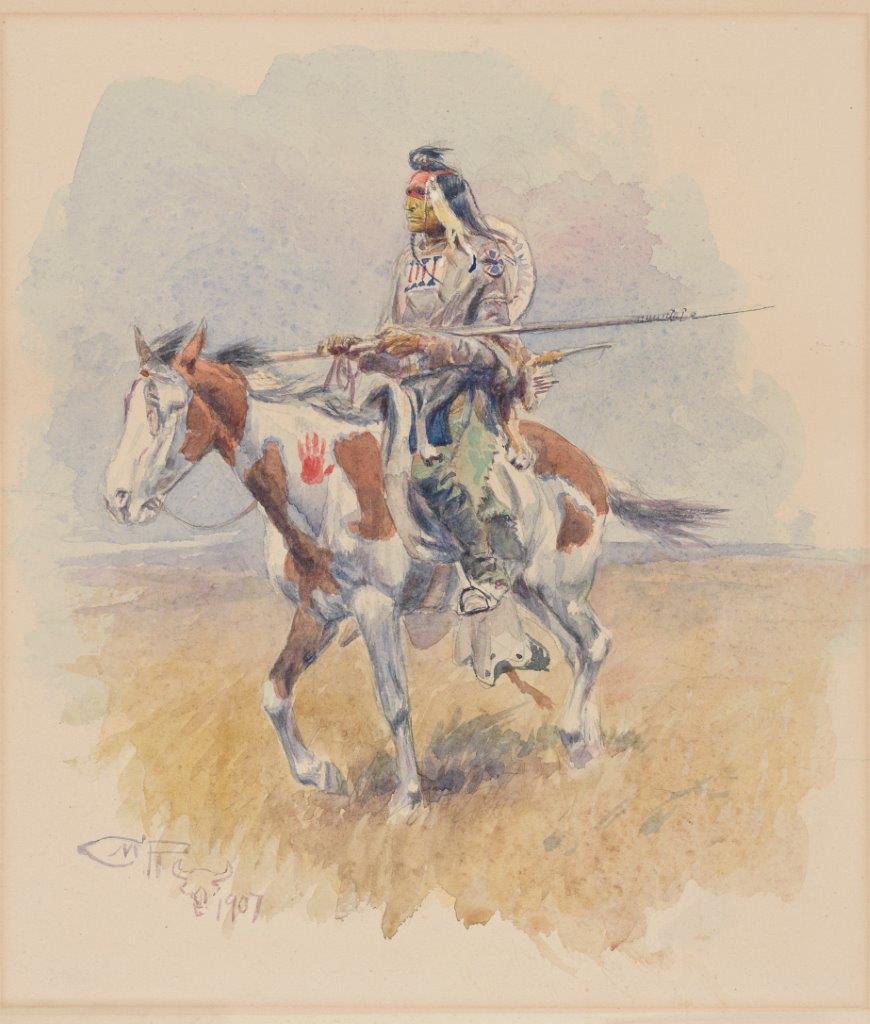 According to all accounts, the Indian horses were better trained for the job than those of white hunters, reported William Hornaday. He credited this to the fact that shooting with bow and arrows required free use of both hands.

This was only possible when the horse took the right course of its own free will and as guided by knee pressure alone, held close to the buffalo during a charge.

“Indeed,” he wrote, “in running buffalo with only the bow and arrow, nothing but the willing cooperation of the horse could have possibly made this mode of hunting successful.

“But for the willingness and even genuine eagerness with which the buffalo horses entered into the chase, hunting on horseback would have been attended with almost insurmountable difficulties.”

The Hon. H.H. Sibley told of the dedication of one horse that had lost its rider on a Red River Metis hunt.

“One of the hunters fell from his saddle and was unable to overtake his horse, which continued the chase as if he of himself could accomplish great things, so much do these animals become imbued with a passion of this sport!”

Another hunter who left his favorite buffalo horse in camp for a day’s rest, asked his wife to tie the horse. But the horse pulled loose and galloped off to join the hunt.

“He continued to keep pace with the hunters in their pursuit of the buffalo, seeming to await with impatience the fall of some of them to earth. The chase ended. He came neighing to his master, who he soon singled out, although the men were dispersed here and there for a distance of miles,” wrote Sibley.

The explorers, Captains Meriwether Lewis and William Clark, too, were impressed with the passion for buffalo hunting of the Indian horses they purchased from the Shoshones in trade.

After they had trekked to the Pacific Ocean and back, they divided their party, and Clark took the southern route by boat through rich buffalo country down the Yellowstone River.

Their Indian horses he delegated to Sergeant Pryor with a couple of riders to bring their 49 Indian horses downriver along the shore.

But he got a complaint from Sgt. Pryor, who sent word that he needed at least one more rider.

It was almost impossible, Sgt Pryor said, to drive the horses along the shore with the help of only two men. There were so many herds of buffalo grazing on the rich grasses and the Indian horses were so interested in hunting them, that they tried to round-up every herd they saw.

“In passing every gangue of buffalow, the loos horses as soon as they saw the buffalow would immediately pursue them and run around them,” Clark wrote in his journal.

“All those that speed sufficient would head the buffalow and those of less speed would pursue on as fast as they could.”

Sgt. Pryor found the only practical method was to have an extra man ride ahead—and whenever he saw a herd of buffalo to chase them off before the horse herd came close enough to pursue them.